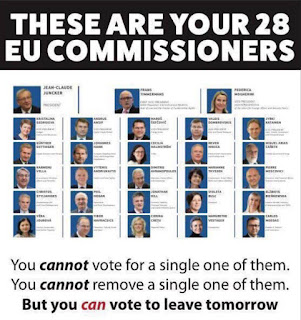 This is the reality. Presidents, Senators and Representatives in the US are elected. In the European Union an unelected European Commission calls the shots and has the initiative while the European Parliament has no powers to initiate any legislative process.