Kezia Dugdale 'I have a plan, a plan that cannot fail (Peter Sellers' Inspector Clouseau) 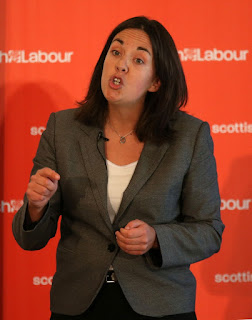 Kezia Dugdale is the new face of the Labour Party in Scotland. In just a few months time - May 5th 2016 - under a new national Labour Leader, she will be put to the test of the Electorate in Scottish Parliamentary Elections. Same day when London Assembly Elections will take place.

Suddenly, the words of Peter Sellers' Inspector Cousteau come to mind: ' I have a plan, a plan that cannot fail'.

If the Labour Party flops in the Scottish Parliament Elections and does badly in the London Assembly Elections, would that trigger yet another national Labour Party leadership election?

There is a dangerous cocktail of elections in the offing. In September 2015, new Labour Party Leader. In May 2016, Parliamentary Elections in Scotland and London Assembly Elections. If on May 5, 2016, the SNP routs all other political parties in the Scottish Parliament, will this trigger another Scottish Referendum on Independence?
Posted by London Regional Press Office at 22:51 No comments: