Falkland Islands: Ready for the taking.

President Cristina Fernandez Wilhelm said that during his presidency the Falkland Islands would be taken by Argentina. There are elections in Argentina this year. In 1982, there was a Conservative government in Britain with Margaret Thatcher at the helm when the Conservatives were basically dismantling the British Armed Forces and mothballing its Naval Forces. Incidentally, there is a Conservative government in Britain with David Cameron at the helm and in the last few years they have been dismantling British Armed Forces.

Disabling airfield facilities in Falkland Islands will be extremely easy and once airfield facilities are disabled the Islands will be there for the taking because Britain no longer has a task force and without plane carriers there cannot be air superiority. You know exactly what this means. It means that the new Argentina jets (a much better version than the French Mirage Argentina had in 1982) will be able to reach Falklands Islands, sink any British ships around, and remain in the skies of Falkland Islands for a lot longer than the French Mirage ever could without refueling.

In a desperate attempt, it was announced today that Britain will be beefing up 'Falkland Islands Defenses'.

In 1982, Argentina was a military dictatorship that was at odds with its Chilean counterpart. For that reasons, Argentina could only send mainly conscripts to Falkland Islands being forced to maintain the vast majority of its Armed Forces in Continental Argentina to protect the military dictatorship and to prevent a Chilean attack. Relations with Chile had been strained because of a territorial dispute about the Beagle.

In 2015, there is no military dictatorship in Argentina, there is no strained relations with Chile and the will to retake Falkland Islands is stronger than ever before in a continent that has a very traumatic rapport not just with UK but also with the US. This means that Argentina could a vast amount of professional troops to Falkland Islands and this having learnt the lessons of 1982.

Posted by London Regional Press Office at 11:35 No comments:

US commits treason against NATO allies

The subject did not appear in any of the so called British mass media.

Not long ago, Sergei Borisovich Ivanov, former Minister of Defense of the Russian Federation, clearly stated that any conflict in Europe will be decided by Conventional Forces.

Now, forcing Russian out of Treaties limiting numbers of Conventional is as catastrophic a mistake as the mistake Hermann Goering made by targeting British cities instead of targeting RAF airfields.

This literally means that US has committed treason against its NATO allies because no NATO countries have not even a shadow of the military capabilities in terms of Conventional Forces to have anything resembling any kind of balance.

The whole balance of forces has been thrown into disarray thanks to US stupidity. From now on, thanks to US, there will no limitations in terms of how bigger Russian Federation Conventional Forces can be.

Russian Federation plans to have not less than 2 million men as part of its Armed Forces will be implemented with the advantage that they can be supported by an unlimited number of tanks, airplanes and other tools of war.

But there is an even bigger threat. One of the achievement of President Ronald Reagan and President Mikhail Gorbachev could be thrown into question. If agreements regarding limitations affecting nuclear arsenals are declared void then all treaties regarding nuclear non-proliferation will be void and the world will be truly on the way to nuclear armaments and this will include Developing World nations like Iran, Syria and Venezuela.
Posted by London Regional Press Office at 20:47 No comments:

EU has no borders 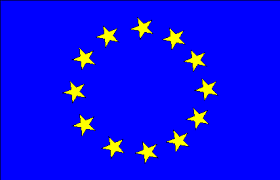 In an European Union of 28 countries, who controls its borders: everybody and nobody.

The announcement by a Greek politician and member of the ruling coalition that Greece will open its borders to anybody wanting to reach the European Union - including those suspected of involvement in Islamic Terrorism - should the deal concerning Greek debt fall apart is a worrying development but it is not new.


In certain EU countries, EU passports have been for sale in the open market for quite a long time to the point that as soon as somebody gets access to any of the 28 countries that today make up the European Union the said person has access to the entire European Union, including the United Kingdom.


Posted by London Regional Press Office at 19:57 No comments:

Tre Azam: Did he really want to talk with the British National Party? 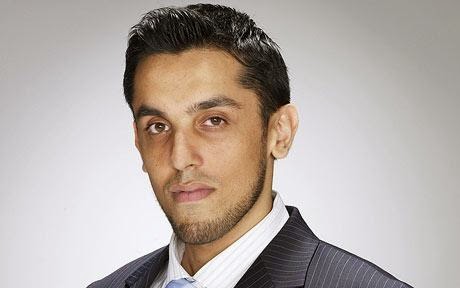 Some years ago, Tre Azam, became notorious as one of the competitors in The Apprentice with Sir Alan Sugar, a programme broadcast by the BBC.

Later on, in 2008, we has taken to court and convicted of fraudulent welfare claims and sentenced to 80 hours of community service.

Today, Tre Azam's videos appear on YouTube and Community Channel, videos in which he condemns the British National Party as being 'anti-Islam' and ask members of the Muslim Community to engage in the democratic process.

Unknown to him, the British National Party had been trying to contact him directly via Community Channel and LBC Radio (it is known that some time ago Tre Azam presented a programme on LBC radio on Saturdays).

A British National Party representative told us that they wanted to talk with Tre Azam but that unfortunately Tre Azam had not tried to contact them.

The British National Party has points of contact across the United Kingdom and in London, Steve Squire - London Regional Organiser - has always been available to provide information and respond to mass media requests.

Posted by London Regional Press Office at 14:05 No comments: