Mark Reckless faces the fury of the Conservative Party

Mark Reckless, MP for Rochester and Strood, left the Conservative Party and joined UKIP for the very same reasons that just a few days ago another Conservative MP - Douglas Carswell - resigned and led to a by-election in Clacton. Neither of them believe in the Leadership of David Cameron.

Regardless of what happens in Clacton and Rochester and Strood in the coming by-elections, this shows very clearly that the chances of the Conservative Party of being able to form a coalition in 2015 are slim,

Prime Minister David Cameron managed to keep the Union together with no little amount of scaremongering and straightforward lies and deceit - the same kind of scaremongering, lies and deceit used to avoid a Referendum on British Membership of the EU. Winning elections and gaining representatives is one thing. Losing them because those elected to represent the Conservative Party no longer believe in the Conservative Party is quite another.

Not long ago, in many areas across Britain, Conservative Party Councillors were wiped out. Many long standing Councillors were so aware of the situation that they chose not to stand just to avoid the embarrassment of defeat.


Posted by London Regional Press Office at 11:16 No comments:

Parliamentary Secretary for Civil Society - Brooks Newmark sending explicit pictures of himself over the Internet?


Parliamentary Secretary for Civil Society Brooks Newmark resigns over a sex scandal involving posting explicit pictures of himself over the Internet.

Who is Brooks Newmark is the Conservative MP for Braintree. He was born in the USA and was educated at Harvard and Oxford, becoming a specialist in foreign affairs and economics. His target area is Middle East/India.

The new Minister for Civil Society, who co-founded the campaign group Women2Win, initiated a private message conversation on a social networking site and as part of a series of exchanges sent a graphic picture exposing himself while wearing a pair of paisley pyjamas?

Rotten to the Core - seems to be the best way to describe what the Conservative Party has become and it makes you think about the kind of 'qualities' both Harvard and Oxford Universities are producing.

Posted by London Regional Press Office at 22:32 No comments:

We know they are dangerous. Why are they still in Britain?

We know they are dangerous. We know what they preach. Why are they still in Britain?

If we are going to war, the laws of war apply: Internment camps, concentration camps and deportation. We cannot ask European soldiers to die in the Middle East and Asia Minor while people like this benefit from all the comforts Western Civilization can offer.

We know what Islam is about and how it has led to all kinds of atrocities against those Muslims see as vulnerable. We see the images coming from the Middle East, Asia Minor and Africa. We see the images in Rotherham and in other British cities.

Primer Minister David Cameron, if you are serious about tackling extremism, get rid of the Islamic crap that infests British cities.
Posted by London Regional Press Office at 11:54 No comments:

ISIL is no terrorist organization. It looks and sounds like a professional army 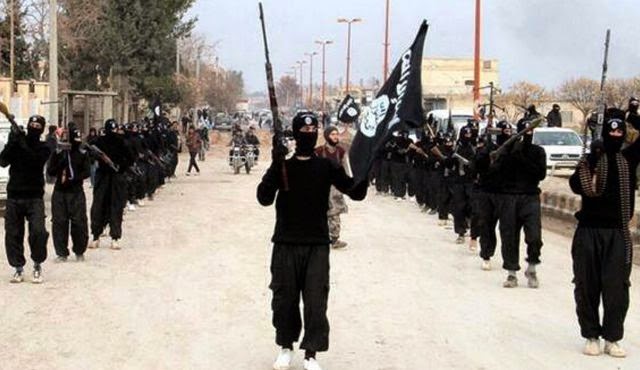 ISIL is far from being a terrorist organization. It looks and sounds like a professional army with Iraqi officers and American armament.

David Cameron, as usual, is acting as an American poodle and telling whatever he is told that he has to say but this could be his greatest miscalculation.

The fact that high caliber people joined ISIL not just a foot soldiers but as high ranking officers tells a completely different story. While AlQaeda was seen merely as an idea, ISIL is the real thing. What ISIL has proven is that it can do what AlQaeda could only dream about.

When they talk about 'integrating Muslims in the UK', they are talking about allowing in a Trojan Horse with infiltration in every core organization of the United Kingdom, from top to bottom.
Posted by London Regional Press Office at 04:30 No comments: 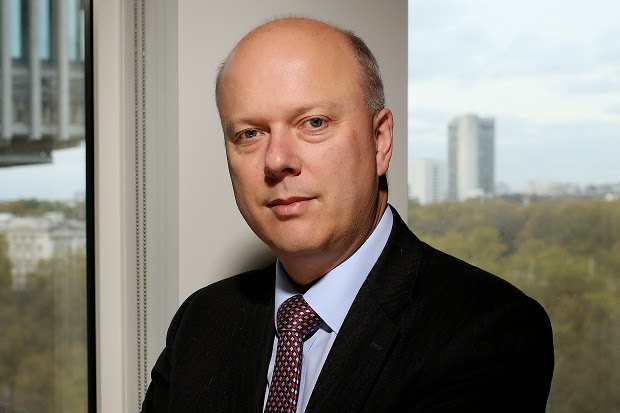 No sooner the echoes of the Referendum should be dying down and normality should have reappeared, War has started between England and Scotland over who has the right to decide about what.
From the Daily Telegraph:
Mr Grayling says the constitutional shake-up after the Scottish independence referendum must deliver a new deal for England. English MPs alone must have the final say over English laws, he says.
The Scottish parliament should not receive more powers over tax, welfare and spending while Scottish MPs can still “shape the destiny” of the NHS, education and justice systems in England and force “socialist policies” on their southern neighbours.
“That would be a travesty of democracy, and would be regarded with fury by the English,” Mr Grayling warns.
David Cameron made promises. As soon as the outcome of the Referendum is known, amnesia in Westminster.

Posted by London Regional Press Office at 23:13 No comments:

Scotland: 55/45 and Promises to deliver 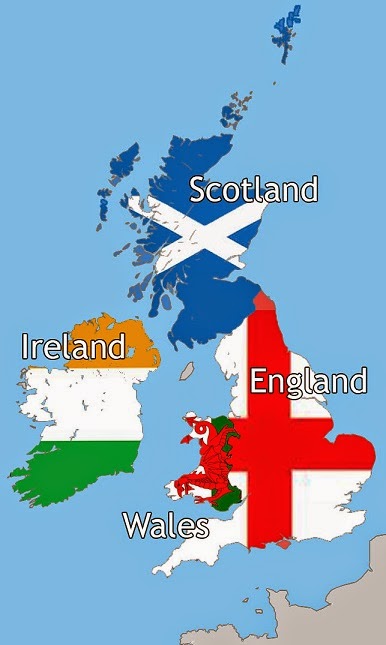 The final verdict of the Scottish Electorate was 55/45 on the issue of independence and many promises were made to keep Scotland in the Union but has this created a completely new reality?

What was promised must be deliver and there is now a timetable set up by the Prime Minister with changes to be finalized by next January.

2015 promises to be a year of controversy, with Northern Ireland, Wales, Cornwall and the rest of the English Regions making demands for greater autonomy that are going to visibly altered the balance of power or else.

Else is what we are worried about. The map shows a United Ireland and this is something that many think is on the cards given recent actions in Northern Ireland with regards to issues like the use of the flags.

On his first speech after the Referendum took place. the Prime Minister David Cameron spoke about Democracy, about giving the people a voice and about delivering what is promised.

The Prime Minister knows that he is walking on a very thin ice sheet as rumblings inside the Conservative Party have shown. Patience is in short supply and when it comes to discussion powers and numbers the government will find itself with more than it bargained for.

Europe is watching. The regions of Spain, France, Italy and Hungary - to begin with (not forgetting a very unstable Ukraine) will ask more and more. Spain has even rejected a Referendum on Catalunya but the pressure will rise until it becomes untenable. Either they devolve powers or they face an armed struggle and even granting more powers is no guarantee against ultimate partition.

Posted by London Regional Press Office at 09:58 No comments:

Shaun Wright resigned. Time for all Rotherham Councillors and other officials to face removal and criminal charges 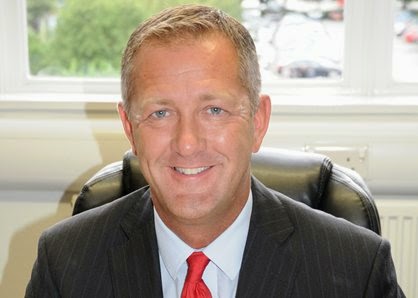 Finally, Shaun Wright has resigned as South Yorkshire Police and Crime Commissioner. He had been elected to the post as Labour Party Candidate on 15 November 2012 and under his watch many Muslim gang rape activities had taken place.

Having said that, let's point out that abuses of the kind have been taking place for more than 16 years and that more than 1,400 children have been sexually abused under the watch of elected Councillors - mainly Labour Councillors - that should now reconsider their positions.

Let's not use Shaun Wright as a scapegoat and let's bring down the entire Council Authorities should are blatantly guilty of dereliction of duty, having looked the other way when institutions that were supposed to protect vulnerable children were being used to abuse children.

When it comes to abusing children, the Labour Party has an extremely bad record as one now famous publication  - the Labour 25 - demonstrates, adding to that the scandals surrounding the British Broadcasting Corporation thanks to which sexual abusers were given a free license to attack vulnerable people - including physically and mentally disabled people - the Savile Affair being one of many that have to light in recent years.

Issues were raised but the authorities quickly brushed them under the carpet putting pressure on the victims of abuse and protecting the perpetrators.

The conduct of Police Officers who became part of a criminal system for the sake of political correctness must continue to be under public scrutiny and heads must roll.

Posted by London Regional Press Office at 16:00 No comments: 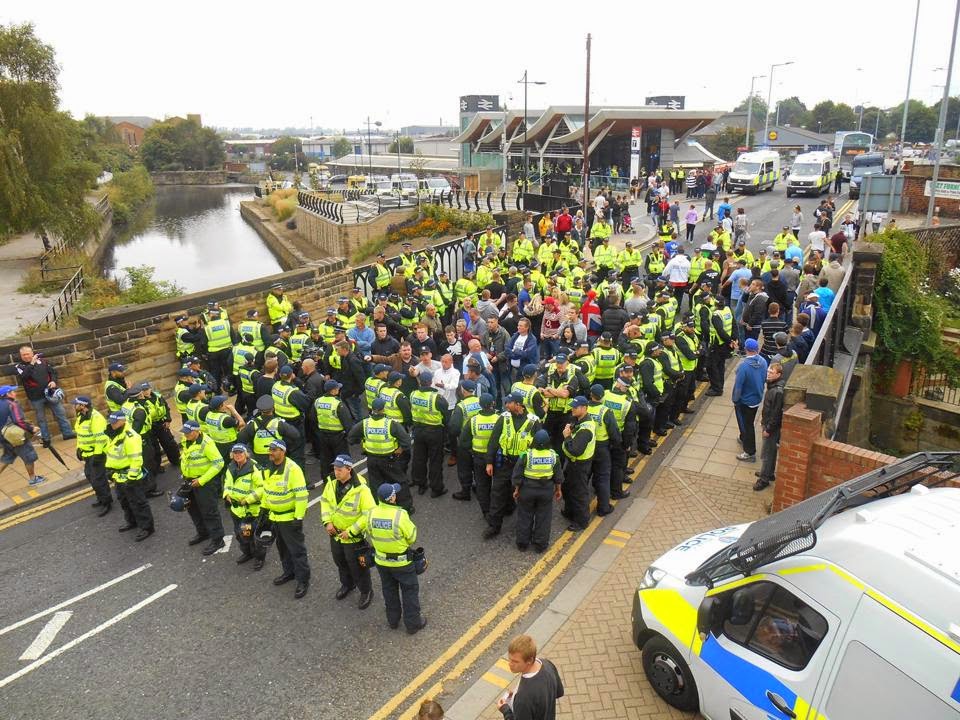 For more than sixteen years the Police did nothing to stop those committing abuses against children and more than 1,400 children were abused by Muslim pedophiles across the country.

The political rulers talk about resignations when they should be talking about jail sentences for those who knew about abuses, had the power to stop abuses and did nothing to curb the actions of imported pedophiles who entered the country under the banner of Multiculturalism.

Posted by London Regional Press Office at 07:12 No comments: 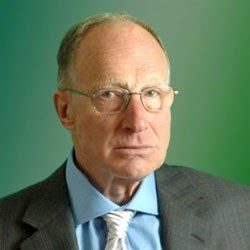 The news that Richards Edmonds, former British National Party Deputy Leader, who left the organization for a brief spell at the National Front Party, is going to deliver a speech in South London was confirmed by a local branch.

The last few years have been particularly difficult but things seem to be on the way up despite the fact that British Nationalism is extremely fragmented.

The chaotic behaviour of Conservatives, Liberals, Labour and other para-political organisations  has strengthened Nationalists' will to succeed despite all odds.

The country faces enormous challenges and more and more people understand that the present ruling classes are not up to the task. National Interest must prevail and so called mainstream political forces either have no awareness of what is really at stake or simply do not care about what happens to Britain.

Posted by London Regional Press Office at 14:47 No comments: 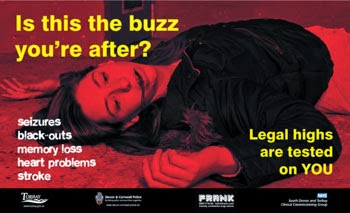 Legal or illegal, the fact is that drugs including tobacco and alcohol have killed more people and destroyed more families than nuclear bombs have ever killed.

If you add the walking dead to the number of people who lost their lives because of drug addiction the number grows exponentially.

As the poster mentions, seizures, black-outs, memory loss, heart problems and strokes are very much part of the direct consequences.
The so called buzz of drugs can affect an even greater number of people including those whose lives are negatively affected by the mere existence of drug-addicts. The social cost is immense added to the burden of services increasingly eroded having to cope with an increasing number of addicts of all ages.

The long term effects are even worse if you think about generations upon generations of unborn children that are going to pay a very high price because of the behaviour of drug-addicts.

Posted by London Regional Press Office at 22:40 No comments: 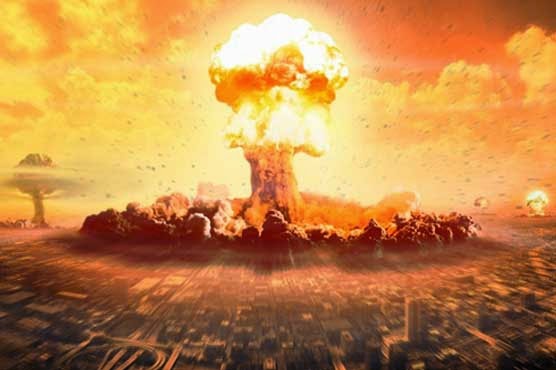 It is self-evident that NATO wants Nuclear War and we should start preparing ourselves for a major Holocaust.

In the first stage of the war all capital cities and important nuclear installations will be wiped out.

The second stage will be riots created by lack of proper authorities and the total destruction of communication links and basis services including food distribution that by this time will have also been affected by radioactive contamination.

In the chaos that will ensue what we know as our way of life will have been effectively erased together with all the legal, financial and economic framework that makes life livable.

Posted by London Regional Press Office at 09:31 No comments: