Jo Cox MP was killed by the British Parliament 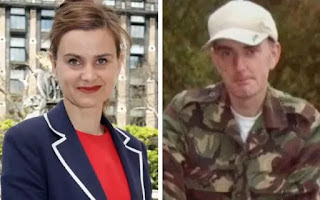 Thomas Mair didn't kill Jo Cox MP. Jo Cox MP was killed by massive under-funding of mental health services and legislation that is not fit purpose that prevents helping those who need help.

On the eve of the attack against Jo Cox, Thomas Mair had asked for NHS help, help that was denied by telling him to come back some time later. Thomas Mair felt that he wasn't coping and asked for support. Without support, he went on to commit murder.

Very often - the Police, Social Services, the National Health Service and NHS England are blocked by legislation passed by Parliament that is not fit for purpose. This is why Jo Cox MP was killed by the British Parliament. Thomas Mair was yet another victim of a system that is not working.

And Thomas Mair has not been the only one to be let down by the system. The mass media report the tragedies but stop short of talking about the real causes. Some time ago, a patient suffering from schizophrenia pleaded with his doctors not to let him go because he felt that he couldn't control himself. The direct consequence was that he was allowed to leave a mental facility and went on to kill an elderly man in a park.

Posted by London Regional Press Office at 23:54 No comments:

For a very long time, I have been thinking about a completely different approach to blogging, instead of using the same repeated recipes and common places that we encounter on the mass media. There is a vast number of issues to talk about and in much greater depth.

I came from radio broadcasting and got involved with television in the 1990s just by chance. At the time, we didn't have the options that we have got today, the flexibility and the range of options in terms of communications.

So let new ideas and new projects be the goal for 2017.
Posted by London Regional Press Office at 21:45 No comments:

Email ThisBlogThis!Share to TwitterShare to FacebookShare to Pinterest
Labels: 2017 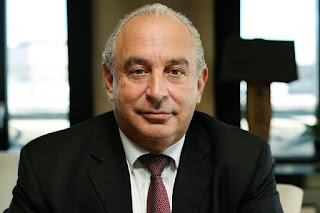 11, 000 people lost their jobs, more than 25,000 people had their pension funds raided, he buys a new luxury ship and keep his title of Sir awarded to him 'for services to British industries'.

Sir Phillip Green is the archetype of those who created the levels of animosity that led to the so called Holocaust: a white collar speculator that destroys thousands of lives and gets away with it because the Justice System is not fit for purpose.

When the mass media and the political establishment talk about anti-Judaism, they should mention the Madoffs and the Greens of this world that with their actions damage the reputation of entire communities and give rise to stereotypes that lead to violence.
Posted by London Regional Press Office at 12:03 No comments: