Saving the Euro at the expense of homeless British families

The nonsensical approach of the so called mainstream political parties is now reflected in the number of families in Britain who are losing their family homes because thanks to the policies of Labour, Conservatives and Lib Dems they can no longer afford to pay their mortgage instalments.
Flood immigration is directly linked to unemployment and housing problems in the United Kingdom. Unlike good parents, our rulers prefer to help foreign countries rather than help people in Britain. If Britain got out of the European Union, most of the budget cuts would be completely unnecessary and we would have real jobs in Britain.
Most people are walking away from elections because they no longer believe in Democracy. This is the direct consequence of the policies of Labour, Conservatives and Lib Dems. The void is not been filled by other political parties simply because the mass media manipulate elections acting like some sort of mass media Maffia because, after all, this is exactly what most of the mass media in Britain really are: a Maffia.
The Leveson enquiry shows merely a tip of the iceberg. The biggest crime is not listening to other peoples' conversations or intercepting their messages. The biggest crime is the constant brainwashing campaign, the dumming down of the British population, the mental destruction of generations and generations.
Posted by London Regional Press Office at 16:14 No comments:

A life on benefits as social recession

A life on benefits as social recession

In what I saw as a slip of the tongue, Prime Minister David Cameron said once that Britain was not only suffering a financial recession but also a social recession. Having hundreds of thousands, many of whom are unemployed, surviving thanks to housing benefits is a sign of what is wrong in today’s society.

Recently, the present British Prime Minister said that those below the age of 25 should not be automatically entitled to receive housing benefits and this is one example of rational thinking in a jungle of stupidity and political correctness.

Once in a while there is a spark of common sense. One remembers the examples set by pregnant teenagers that were practically, automatically, entitled to social accommodation and welfare payments and someone would even wonder why there is so much lack of social responsibility. The time to put things right is long overdue to counter social and financial distortions. Some very often say that if they worked they would lose out because they would get less than the welfare packages they actually get because they are unemployed.

Greece is fundamentally in trouble because a series of Greek administrations failed to collect taxes and mismanaged resources. One of the reasons why Britain is in trouble is that we have been spending too much financing people who are doing absolutely nothing and this is another version of what happens in Greece. We collect taxes but then we waste tax monies collected. People who are not physically nor mentally ill, who are fit to work, should not get any benefits whatsoever and benefits should only exist for those who are really and truly unable to work.
Posted by London Regional Press Office at 23:37 No comments:

The MP says but the Party says…

It might about the closure of a hospital or the reduction of local budgets, whatever the issue you can almost be certain that the so called mainstream political parties will contradict themselves publicly to maintain the support of brainless individuals who believe a pack of lies.

Starting with Conservative Prime Minister David Cameron, he says one thing and does another but with the help of the mass media he has little to fear and this is why he and others go to bed with the mass media. After all, we live in a country in which less than 40 per cent of those entitled to vote actually vote.

Most decisions are made in a backroom and we know very little regarding what is being done on our behalf. We don’t have the power to change anything and this is why there is a certain danger that sooner than later political vigilantes will do the unthinkable in a context of generalized political apathy.
Posted by London Regional Press Office at 09:53 No comments:

The EU House of Cards 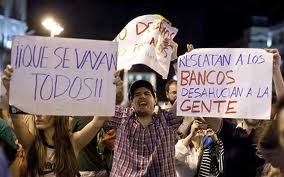 The EU House of Cards

One by one, EU countries are being pick up as easy prey by creditors encouraged by the wrong kind of economic policies that lead millions of families across into lives of frustration and despair.

In , reports indicated that in Parliamentary elections merely 21 per cent of all French voters bothered to vote. The low turnout is even worse than the low turnout registered in recent elections in the .

The Spanish government is desperately trying to convince the Spanish people that something is being done to avoid the inevitable financial crunch but investors and foreign governments are giving us the real picture of what is actually going on with interest rates on Spanish debts bonds at an all-time-high.

In what concerns the , I reckon nobody really knows what is going on in financial terms. In actual fact, complexity is being used as a smoke screen to hide difficult truths.
Posted by London Regional Press Office at 12:32 No comments: 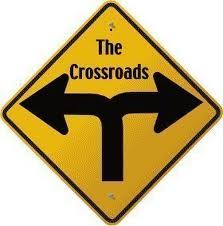 Spain wants to bail-out its banks with foreign money without increasing public debt
This weekend Spain announced that it will ask for foreign aid to bail-out its banking system. This is an interesting idea because, unlike Britain that increased its public debt to rescue banks, Spain wants to rescue its banks without having to spend a penny and without budget cuts. Great idea! Why didn’t the British government think about something similar?


It is an interesting proposition and very similar to Greece’s position. Greece wants to avoid paying its debts while staying within the group of Euro countries. In one word, they want to keep the goods and have a refund at the same time. Wonderful! And this comes on top of not paying taxes.
Posted by London Regional Press Office at 20:00 No comments: 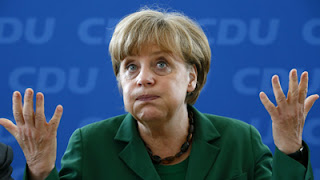 We are walking towards a catastrophe with closed eyes. Blindfolded by politicians and mass media, we have overlooked some of the most serious issues. Mapping the Human Genome that was supposed to give us the key or be the tool to acquire the necessary knowledge to confront serious illnesses has been declared a waste of time.

Having said that, in the meantime, World Population has gone beyond the mark of 7 billion and demographic rises are mainly taking place in countries that can ill afford any population increases. As the said countries cannot support such population increases, we see mass migration towards the so called Developed World and this in turn creates a massive crisis in the Developed World.

As Robert Malthus stated, population increases can only be controlled by illnesses, famine, wars and cultural values. When cultural values are absent, then the other three factors play a fundamental role to counter a demographic explosion.

World Wars act as culls. It is estimated that during World War Two more than 60 million people lost their lives as a direct consequence of the war. Very much as it happens in the natural world, from time to time, there is a catastrophe that kills millions of individuals in order to protect ecological systems and somehow restore the natural balance.

Therefore, another World War is on the cards. The issue is not if such war will happen but when it will happen.
Posted by London Regional Press Office at 16:36 No comments: