Rather than wishing a Happy New Year, I rather think about ways of making a Happier New Year. For too long we have been engaged in the political process talking about what is wrong and we have spent little time telling the good news of what is obviously positive for all Nationalists.

2012 was a year of contrasts and personal tragedies, but was also a year when huge lessons were learnt and the knowledge acquired will be turned into a vast array of fundamental changes for the better.
Posted by London Regional Press Office at 20:00 No comments:

The Cliff Effect could detonate within 72 hours but the full blast would be felt on April 15th 2013. After the mockery of a Presidential Election, the true powers in the USA hold the key to Armageddon.

This is no science fiction. The full blast was merely retarded, postponed, but not really put out of the way. If no agreement is reached, the wave of the Day After will hit the American economy and send shockwaves across the World including the UK.

Millions live happily in sheer ignorance as if what they don’t know could not harm them. Even having a 50,000 pound salary and excellent credit references will by no means give access to new credit facilities and this is when everything will start to unravel in economies in which people are paying for food using credit cards.
Posted by London Regional Press Office at 23:46 No comments:

Recent revelations regarding presumed actions of Police officers in charge of Diplomatic duties create extremely serious concerns. If Police Officers guarding the official residence of the British Prime Minister are de-facto liars that also collude against a Member of the House of Commons in some sort of Tulse Hill gang style plot, I would say that the Prime Minister, his family and all those who for whatever reason must approach Number 10 Downing Street are not safe.

There is a principle of Power and Responsibility. We should be able to trust those in authority and when those in authority fail to deliver the harsher the punishment must be for those who fail to uphold the highest standards.
Posted by London Regional Press Office at 15:46 No comments: 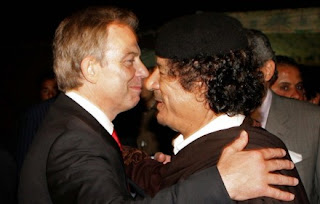 A legal case came to the fore regarding a man that was given to Gaddafi under Tony Blair’s leadership. The man was taken from Hong Kong to Libya as part of the exchange for high grade Libyan oil. So where were Human Rights and the Conventions against torture?

Where was Labour’s high moral ground on Human Rights? Under Tony Blair, Human Rights were negotiable and Rendition Flights had little to do with Human Rights. Transporting people knowing that the said people were being taken away in secret to be tortured has nothing to do with respect for Human Rights. 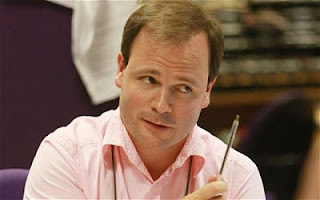 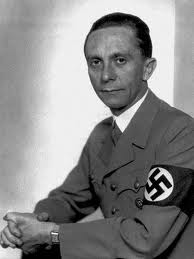 Is the Official Conservative Party at Number Ten Downing Street using a Nazi style of dealing with the mass media? Craig Oliver should be called to account and investigated to know if he was acting following orders given by Prime Minister David Cameron or if he was acting on somebody else's behalf when he apparently tried to intimidate the Daily Telegraph.

This is the article as published by the Daily Telegraph:

How No 10 warned off the Telegraph

David Cameron’s communications chief warned The Daily Telegraph that the Culture Secretary Maria Miller was “looking at Leveson” after this newspaper started to ask questions about her expenses claims.

Craig Oliver indicated that the article may be poorly timed as “she [Maria Miller] is looking at Leveson at the moment.”
The Daily Telegraph today discloses that Mrs Miller is facing new questions over her expense claims after it emerged that she rented a home from a major Conservative donor and property developer in a private deal that has not been declared to Whitehall officials.
The property was declared as her “main home” to the parliamentary authorities, an arrangement which allowed her to claim the costs from the taxpayer for another property that she owned.
On Wednesday, this newspaper’s scrutiny of Mrs Miller’s expenses claims was at the centre of a government row over the regulation of the press following the Leveson Report.
Mr Oliver pointed out Mrs Miller’s central role in drawing up the new press rules during a conversation with The Daily Telegraph’s editor Tony Gallagher last Friday about the newspaper’s investigation into the minister. The communications chief denies that the reference was a threat or warning.

Posted by London Regional Press Office at 06:09 No comments: 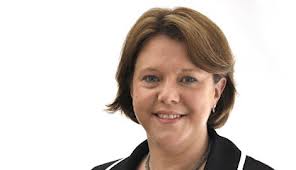 The Culture Secretary Maria Miller stands accused of having claimed £90,000 for parents’ home making it appear as a claim for a second home. Is there another by-election coming?

Apparently the efforts of the John Bercow, Speaker of the House of Commons, to keep this sort of information away from the public are totally and utterly unsuccessful. John Bercow, who was recently nominated Politician of the Year, is clearly worthy of another title.
Posted by London Regional Press Office at 09:22 No comments: 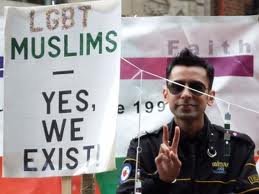 There will always be mentally retarded individuals that treat football like some sort of war by engaging in idiotic acts of violence against football players. Injuring players by throwing objects is nothing less than criminal behaviour and should be treated as such by sending the attackers to jail and keeping them in jail. Cautions and financial penalties are not enough and will never be enough of a deterrent against irrational conduct.
Posted by London Regional Press Office at 00:03 No comments:

As the Office of National Statistics indicates that family budgets are overstretched, keeping warmth and keeping a roof are the main priorities while the amount of money spent on food is being reduced and this is coupled with the news of more and more people walking up to 20 miles to get free food handouts.

If you vote Labour or Lib Dem you deserve not to be able to buy a new home, to be unemployed and to have children who have no access to education. During the Labour administration the population of Britain grew by not less than 12 per cent thanks to flood immigration and this is why more and more people have no access to a new home, have no jobs and face the prospect of not being able to educate their children.

What happened in Rotherham and other places is a clear indication that most people are still sleeping. The Rotherham By-Election took place because a crook called Dennis MacShane was caught up with his trousers down having unduly claimed Parliamentary expenses. What did the people of Rotherham do? They chose another Labour MP that will support flood immigration that is very much part of the root of the problems thousands upon thousands of British families face today.
Posted by London Regional Press Office at 11:56 No comments:

There is no need for a mass media watchdog 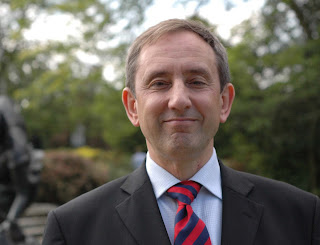 There is no need for a mass media watchdog

What happened was due to the irresponsibility of crooked journalists led by greed and the will to survive in a world dominated by undesirables like Ruppert Murdoch intent on making money by whatever means providing he could get away with murder. When he was caught with his trousers down, mass hysteria ensued and this is why we are where we are facing the certain dangers of having a muzzled press.

It is time to face the tune and say loud and clear that we need to wipe out people who do understand that there are limits dictated by morality, something that they cannot understand because their moral codes are based on money.

Rebecca Brooks and others’ love of money is what got us into the present mess. I am sure she got quite a few kicks out of exchanging text messages with powerful politicians. In the old days, women peed themselves by watching rock stars. I reckon she enjoyed something similar by swimming in a sea created by gigantic ego and corruption that is usually also the world of big money and having the feeling that everything goes.

There are thousands upon thousands of journalists that go to work everything and write excellent articles based on real facts and proper research. Honest journalists should not be punished because of a bunch of criminals and we should not lose as a society the right to have a Free Press.
Posted by London Regional Press Office at 07:51 No comments: