What makes a political party?

What makes a political party?

The British National Party founded in 1982 by former members of the National Front was one of the so called Nationalist Parties with the biggest electoral successes having two seats in the European Parliament, a seat in the London Assembly, 12 seats in a local authority (Barking and Dagenham) and many Councillors across the country.

Having said that, as the graphic shows, it has been in decline and the decline is set to continue now due mostly to internal strife that is alienating whatever is left of the Membership of the British National Party.

At the very beginning of the 2016, it hasn't been a Happy New Year for the British National Party. On January 8th 2016 came the official announcement publicized by the mass media that the party authorities led by Adam Walker had failed to confirm the registration of the organization with the Electoral Commission and was de-facto unable to stand in Elections.

A few days, later, before the party applied for registration, came another blow for the British National Party. Having failed to present a Statement of Accounts on time, the party was fined £2,400 (amount that had to be paid to the Electoral Commission no later than 56 days after the fine was imposed).

The organization finally applied for registration on January 22nd, 2016. When everything seemed to be getting back on track, another blow to its reputation came again via the mass media. Those applying for registration presented an application with grammatical mistakes leading to criticisms in terms of the party's officials' knowledge of the English language.

Ridicule, rather than political argument, has been a powerful tool to destroy a political adversary and it seems that the organization is unwittingly or purposefully made itself the target of ridicule.

There are so many Nationalist groupings that it becomes extremely difficult to keep track of all of the them. English Democrats, British Democrats, Britain First, British Unity, British Voice, British Renaissance, and who know how many more are around and none of them has the slightest chance of being relevant in terms of electoral results.

There was a time when organizations like the British National Party were seen as a way to channel what is known as Protest votes, when people disenchanted with so called mainstream political parties used to support parties like the British National Party. As time goes by, the organization not even qualifies to attract Protest votes. The organization is turning against itself, branches of the party have been closed or have become practically inactive to the point that it has not enough capable people to stand in elections and it reaches the point when every candidate becomes a de-facto paper candidate.
Posted by London Regional Press Office at 07:23 No comments:

In its present format British Nationalism is finished 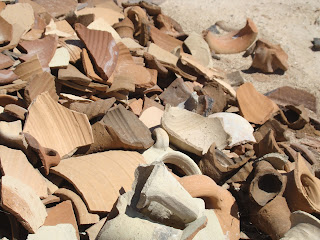 It its present format, British Nationalism is finished, over, going only downwards.

A movement in which people spend most of their time and energy attacking each other on social media does not have the slightest chance of electoral success.

Every group, every single organization, promises Paradise and solutions that they will never be able to implement because they simply do not have the numbers.

British Nationalists not even have the numbers to organize effective rallies and demonstrations and the headlines that they manage to produce simply demonstrate that they have no political power and no social power.