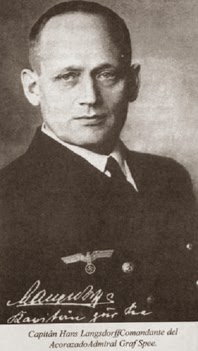 Hans Wilhelm Langsdorff is now part of history for eternity as an example of courage, loyalty and honour as Commander of Panzerschiff Admiral Graf Spee. He was born in Bergen on 20 March 1894 but in  1898 the family settled down in Düsseldorf where they were neighbours of the family of Graf Maximilian von Spee.

Destiny took its course and in October 1938 Hans Wilhelm Langsdorff having been promoted to the rank of Kapitän zur See received command of the ship named after his hero Admiral Graf von Spee.


During an extremely successful naval campaign, Hans Wilhelm Langsdorff always respected the terms of the Hague Conventions and treated humanly both friends and foes, winning the respect of those who became his prisoners.
On 19 December 1939, Kapitän zur See Hans Wilhelm Langsdorff wrote his last letter explaining the reasons to take his own life:
"I can now only prove by my death that the fighting services of the Dritte Reich are ready to die for the honour of the flag. I alone bear the responsibility for scuttling the Panzerschiff Admiral Graf Spee. I am happy to pay with my life for any possible reflection on the honour of the flag. I shall face my fate with firm faith in the cause and the future of the nation and of my Führer."
Kapitän zur See Hans Wilhelm Langsdorff, once the fate of his crew was decided, killed himself over the ensign of his ship as symbolic act of going down with his ship.

Hans Wilhelm Langsdorff was buried in Buenos Aires, Argentina, with full military honours, honoured by friends and foes in the battle for his honourable conduct.

1973: Scottish Oil or British Oil. Back to three-days working week?

For those of us who remember what happened in 1973 when Britain was forced to reduce the working week to only three days to cope with the lack of oil to keep the country running, the September 2014 Referendum on Scottish Independence is a lot more than a mere decision about having or not having two separate countries. 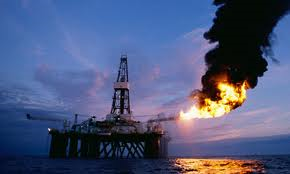 There are demographic realities. Scotland has about 5 million people and in terms of land surface is a micro cosmos. Many Scots might be looking at Norway and the fact that Norway very much depends on its oil and gas resources as major sources of its wealth.

For many years, Britain has been forced to rely on energy imports, including gas from Qatar as the amounts of oil and gas coming from the North Sea are dwindling.

Of course, forty-years of supplies might seem like a huge amount for a country with five million people. In the short term, income per capita could shot upwards but we all know that the life of a country cannot be measured in decades. Britain as a whole is struggling to replace nuclear reactors to tackle energy shortages. Do people really think that a country like Scotland with barely five million inhabitants will be able to cope with the financial stresses countries much bigger than Scotland are struggling to cope with?

Sooner than later, when resources disappear, so called political independence will only exist on paper and Scotland will be in the hands of its creditors. What happens to private companies can happen to countries and foreign investors will have much more of a say in Scottish affairs than the Scottish people themselves.

If the fragmentation continues, rest assured that Shetlands and other Scottish territories will be encouraged to go it alone. Perhaps this is the reason why the Spanish Prime Minister who has to contend with secessionist movements is not so warm to the idea of Scottish Independence and is also the reason why some high ranking EU officials speak against Scottish independence.

Flooding: The clean up bill, the political cost and the human dimention

Somebody sitting comfortably somewhere on dry land might be quite oblivious to the realities depicted on television screens showing what is happening elsewhere in the country where people's houses and farming land have been flooded. If I had to compare it to another experience, I would compare it to the events of 9/11. It felt like watching a movie. I was sitting in my office writing for the British Foreign Commonwealth Office when I suddenly saw the images of one of the Twin Towers that had been hit by a plane. Soon afterwards, another Tower was hit and from then onwards things became a rollercoaster. More than 13 years later, we are still dealing with the effects of what happened on that fateful day.

When you watch television screens and see the images of flooding everywhere, if you are really into the news, you start putting things together. Family lives disrupted, rising costs of a clean up operation that will start as soon as the waters recede, replacement of items damaged, railways and roads to be rebuilt and the uncertainty for many farmers many of whom might be put out of business for good will be one piece of the puzzle. Keep an eye also on insurance costs because you will be financially affected by what is happening across the country but we are not just talking about material things. Human lives have been lost.

This is not a movie like the ones we are accustomed to see on television to keep ourselves entertained. This is harsh reality and reality very often surpasses any kind of fictional story that we could possibly produce. Given my background, I am grounded in reality, the kind of reality that stays with me 24/7. I cannot detach myself from the news.

Yes, there is going to be a political cost. No wonder then that politicians of all colours were out and about trying to show that they care about what is happening and trying to at least pretend that they have some kind of leadership when somebody else has been doing the real job of helping those affected by the floods. At the end of the day, we know that it will be up to ordinary people to try to sort out the mess, one day at a time.


Posted by London Regional Press Office at 22:42 No comments:

EU and Greens: Saving the environment and killing people 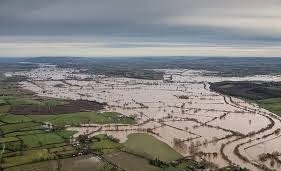 Under the flood waters in Somerset there is farming land and homes because the Green idiots in their campaigns to supposedly save the planet are killing farming communities in the United Kingdom.

British communities are up in arms witnessing the destruction caused by European Union policies about the environment that did not allow the implementation of policies that could have mitigated the damage caused by flood waters. "Saving birds and plants is more important that saving people" is what more and more people in the United Kingdom are complaining about as they see their homes and their livelihoods go under water because the EU did not allow waterways to be dredged.

The cost for British communities is immense and comes on top of billions of Pounds paid into the coffers of the EU at a time when EU officials say that more than 120 billion Pound have gone amiss within an organisation that has not been able to produce verifiable accounts.

The EU is an unmitigated disaster and there is more to come.

Posted by London Regional Press Office at 14:36 No comments:

When politicians believe that they can do whatever they want and that people will always support them, they might have a rude awakening and find out that this is not the case. Tim Yeo has behind him several decades in British politics. Born in Lewisham, London, he has been representing Suffolk. He pushed forward gay marriage and he promotes the EU agenda against the will of his own constituents and party members. The natural consequence was de-selection. 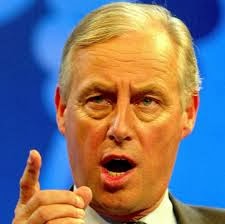 There are other gay marriage supporters on the spot. Nigel Evans, another high-rising star of the Conservative Party 'came out' in the House of Commons and when he did he was supported by the House of Commons as a sign of recognition of honesty about his private life. Few could imagine then that a few weeks later the man they supported was going to be arrested and put on trial having being accused of raping two men. 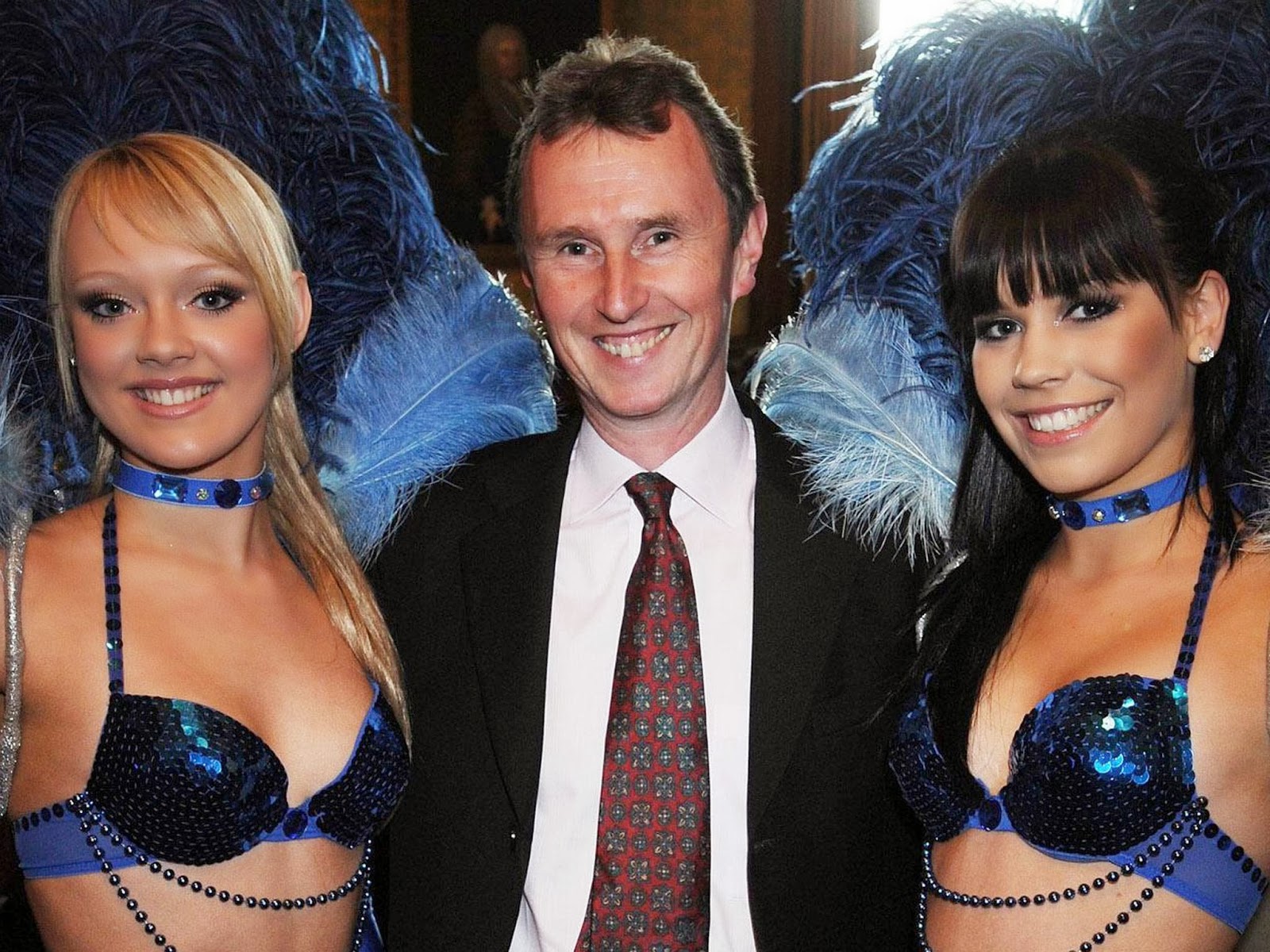 Here Nigel appears smiling escorted by two beautiful ladies. What a pity that Nigel does not like ladies and prefers men instead!


Posted by London Regional Press Office at 09:51 No comments:

It must be extremely sad for an American President to be talking about ruling by decree during three quarters of his presidential mandate but this is exactly what President Barak Obama told Congress. 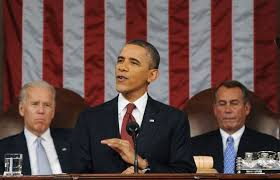 Dialogue is no more. From now on, it is about imposition rather than dialogue and this is the kind of Democracy almost 300 million Americans will have to live with. Incidentally, is this is the kind of Democracy that the State Department, the CIA, the NSA and other government agencies are trying to impose or promote abroad?
The mass media carry the message across the world and the words of Barak Obama very much defined the kind of governance that the United States of America very much criticizes when it is imposed in other countries around the world.
What is the point of criticizing President Assad in Syria or President Yanukovych in Ukraine or any other Head of State of any other country including Raul Castro in Cuba when America itself is going to be run by President Decree? What is President Obama going to do when angry citizens deprived of their Democratic rights that see their representatives being overrun by the Executive decide to demonstrate and build barricades across America?
There is a time when an American President, especially a President during his second and last term, has to acknowledge that the Office of the President of the United States of America is more important than any party political or ideological consideration. There is a very fine line between Presidential and Dictatorial and, unfortunately, President Barak Obama risks being classified as Dictatorial.
Posted by London Regional Press Office at 21:54 No comments: