I look forward to May 7th 2015. No more speculation

All we have got now is tons of speculation, opinion polls and innuendo.

If what is being forecast really happens, there will be interesting times ahead if SNP manages to win every single seat in Scotland and becomes partner in a coalition in the House of Commons. The impact in every area of interest will be of gigantic proportions and this includes Defence, Foreign Policy, Welfare State, Transport, et cetera, et cetera.

The relationship between UK and US in terms of Foreign Policy, of NATO and of Europe a whole including Russia will be dramatically altered. This is something that could lead to other major developments also in England where there will be ever stronger voices in favour of an English Parliament.

Dealing with ordinary people on a regular basis and listening to what they say and the subjects they talk about I reckon very few people have even the faintest idea of political Tsunami heading their way. In a climate of political stagnation this could be the trigger for fundamental changes of the Electoral System.

The Scottish National Party has become more Labour than Labour and their position regarding Trident reminds us of what used to be the official stance of the Old Labour Party regarding nuclear weapons. As always you need to ponder about the Law of Unintended Consequences.

All major political parties campaigned against Scottish Independence and celebrated a very narrow victory. Now, that victory might turn out to be a gigantic defeat. The Conservatives were wiped out in 1997 and 2015 would be Labour and Lib Dem's year of reckoning.
Posted by London Regional Press Office at 13:10 No comments:

The Mayor of Tower Hamlets - Luftur Rahman - has been sacked for corrupt practices and illegal practices including ballot rigging, buying votes and lying about his opponents.

The now former Mayor of Tower Hamlets was involved in 'postal voting factories' used to 'produce ballots' to allow him to win elections.

Rahman's supporters registered and cast hundreds of fake postal votes and hundreds of ballot papers could have been completed by the same person.

So, let's say it: the British National Party was right all over again when it raised the issue of electoral fraud in Tower Hamlets.

The Judge acting in this case stated that Luftur Rahma ran a ruthless and dishonest campaign and was guilty of bribery, treating and undue influence, make false statements against another candidate and undue spiritual influence using religion to influence votes.

Posted by London Regional Press Office at 10:19 No comments:

Just a few days from Polling Day, events developing in the Mediterranean Region are bringing to the fore the issue of immigration, refugees and asylum combined with aspects of Foreign Policy in terms of the role played by the United Kingdom in the process of destabilization of Africa, the Middle East and Asia Minor. The Domino Effect triggered by Western Intervention in Libya and the fall of the regime of President Gaddafi spread like wildfire across several countries including Tunisia, Syria, Yemen, Iraq and others and become practically unstoppable. The direct consequence of the process of destabilization has been a constant flow of refugees that are now heading for the European Union and many of them are dying at sea as the tragedy unfolds.

Because of naivety and/or carelessness or because of both, Western Countries including the United Kingdom and US as the main driver of interventionism, a Pandora's Box has been opened. Political leaders believed that merely by deposing regimes they could magically kick start political changes towards Democracy. Instead, they created political voids and exacerbated already existing tensions.

I do have the feeling that was started by war could only be ended by war on a massive scale to try and restore some kind of equilibrium to generate solutions and give millions of desperate people a way out, a set of viable alternatives to remain in their own countries instead of throwing themselves into the sea in search of a better life.

I foresee that Europe will pay a very high price to deal with the nightmare created by very short-sighted Foreign Policies and that at one point or another European Armies will have to be committed to battlefields in Africa, Middle East and Asia Minor. This could very well be World War Three because the flow of asylum seekers and refugees will not be stopped by merely sending people back to their countries of origin.

Posted by London Regional Press Office at 22:26 No comments:

It is a battle that the British National Party has been fighting for a very long time to protect British children and stop the abuses being committed by gangs against vulnerable boys and girls that the British State should have protected.

Instead the British State under both Labour and Conservative Administrations choose to look the other way and organizations like the BBC - itself blemished by scandals involved in massive scale pedophilia and other sexual crimes of all kinds - ignored.

Denis MacShane MP, Labour Representative during much of the period when the worst offenses were committed, did nothing to protect children being abused. The local authority and even local Police knew about the crimes being committed and did absolutely nothing to stop abuses. They just looked the other way.

As the scandal became vox populi nationally, more abuses were uncovered and a series of high profile resignations followed but those who chose to ignore the fact that children were being abused and many of the abusers themselves have not been made accountable.


Against all odds and constant brainwashing carried out by the mass media, the British National Party stands for ordinary people and most importantly for those most vulnerable in society. This is why the British National Party Chairman Adam Walker, in very adverse political circumstances, is doing his duty and says "We are here; we are not going away; we have been here and we will continue to be here to defend what is right and proper; we are not looking the other way. This is why we are different from many other political parties. We face our public responsibilities head on and we will deliver."


Posted by London Regional Press Office at 20:52 No comments:

Pegida: What is Pegida and why is being demonized by the Politically Correct Society 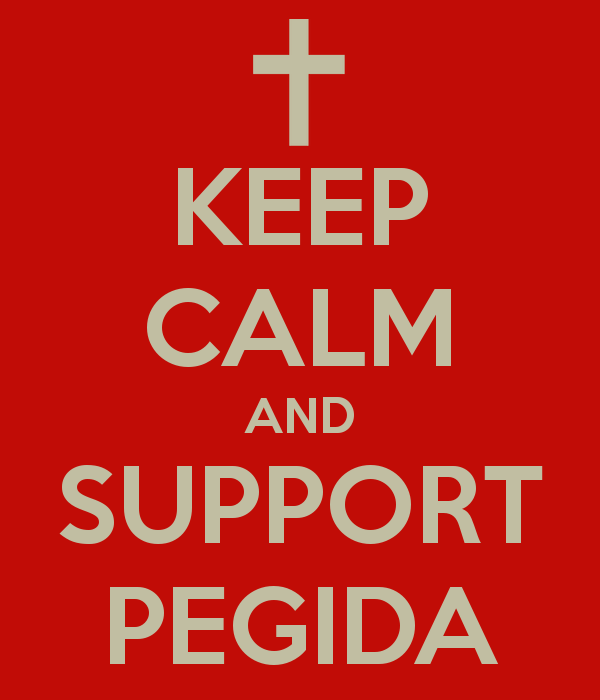 Let's look at the 19 points that constitute the fundamental principles of PEGIDA and see how extreme PEGIDA actually is.

1. Affirms the right of asylum for war refugees and politically persecuted people.

2. Advocates to include a duty to integrate into German Basic Law.

3. Advocates for decentralized housing of refugees.

4. Suggests the creation of a central refugee agency for a fair allocation of immigrants among countries of the European Union.

5. Demands a decrease in the number of asylum seekers per social worker from 2001 onwards.

6. Suggests to model German immigration policies after those of the Netherlands and Switzerland and demands an increased budget for the Federal Office for Migration and Refugees to speed up processing of applications.

7. Demands an increase in funding for the Police.

8. Demands the implementation of all asylum laws including expulsion.

9. Mentions Zero Tolerance towards refugees and immigrants involved in crimes.

10. States that Pediga opposes a misogynistic and violent political ideology, but does not oppose assimilated and politically moderate Muslims.

11. Supports immigration as in Switzerland, Canada, Australia and South Africa.

13. Argues for the protection of Germany's Judeo-Christian culture.

14. Supports the introduction of referenda as in Switzerland

15. Opposes weapons exports to radical and non-permitted groups such as the PKK.

18. Indicates that Pegida opposes any radicalism whether religious or politically motivated.

19. Says that Pegida opposes hate speech, regardless of religion.

Do you disagree with any of the ideas proposed by PEGIDA? Of course organizations like UAF (United Against Freedom) and Hate Not Hope and others will certainly oppose PEGIDA.

Posted by London Regional Press Office at 23:20 No comments: