Nigel Farage's contradictions: one thing in UK and another in Germany

Anne Marie Waters - a very clear message from a very concise and crystal clear politician. Whether she is given the reins of UKIP or not, the fact remains that she tells things as she feels. 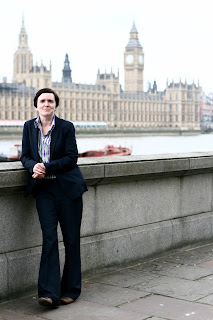 Listening to LBC, you might believe that when you listen to Nigel Farage you are listening to two different people. Just this week, Nigel Farage complained that the mass media, the political establishment, and some members of the general public had created a climate of fear that led UKIP supports to hide their views for fear of being excluded, discriminated against, fired from jobs, not hired, or even physically attacked. In fact, Nigel Farage himself spoke about being afraid of leaving his family home because there was a constant threat against his life.

When I look at UKIP's website, I find that there is list of people whose only crime has been to have been at some point in time members of other political organisations and are therefore banned from becoming members of UKIP.

Therefore, UKIP is banning people who have committed no crime while at the same time complaining that UKIP supporters live in fear of being excluded, persecuted or even attacked. This is a lamentable contradiction in terms that Nigel Farage has not rationally justified or explained, and especially when a few days ago Nigel Farage gave his support to Alternative für Deutschland and spoke at one of AfD rallies in Berlin, at the Spandau Citadel, days before an election that gave AfD tens of seats in the Bundestag.